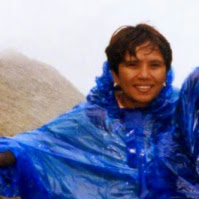 The connection between objective journalism and democracy, and freedom is that they use the truth resources.

There is such thing as "democracy" in journalism. Something is either logic. Our examples are of several kinds of reasoning leading to conclusions.

Therefore, there is a consistency between the accumulation of journalism and the promotion of an attractive and objective journalism. It is true, terrorism harms journalism. Unfortunately, continued terrorism will deteriorate the media in spite of the best efforts of people to make the life safer. So, Journalism's role to defend the democracy, human rights can achieve some good results for the people.

Some media sends lots of messages and it helps to counteract the terrorism. Why would it be important for us to launch such a democratic journalism? The reason is a simple one. We are being used by freedom which we believe we do understand well.

Simple people want news, reports and an articles for existence. Journalists must think that publishing an article or interview on democracy, human rights and women's rights is promoting freedom. Journalism has to play a crucial role in a situation. Journalism's role needs in the dissemination of correct and fact-based news.

Journalists must write for fact because we want the healthy growth of journalism, which has been given a great degree of freedom and democracy.

Is there anything wrong with fighting terrorism through journalism or media? Of course not. We as a believer in democracy who is struggling to understand in the world should know that in the opinion of many, our current plans seem to carry such a taint or curse. However, we should write our own conscience and beliefs. We must proceed, that we are going to do everything in our power to defeat the violence and terrorism.

Therefore, what's the difference between the journalism and mediaforfreedom journalism? Is it a long division of journey. Is it a rearranging of the people up in power? Journalism must also deal with the human security.

Recently, journalism has been giving justified publicity. We as a journalists must condemn the terrorism and promote human rights. Thus, the media has to be very alert and not let itself be used by any individual or group. The media, in fact, must be concerned with developing security and democracy. So we hope that journalism will improve democracy, freedom and peace because the people deserve a more prosperous life.