29 August 2016 – While congratulating the people and Government of Gabon for the holding of a peaceful and orderly presidential election on Saturday, United Nations Secretary-General Ban Ki-moon today also urged all Gabonese to accept the poll results.

“The Secretary-General calls on all Gabonese to accept the results of the election and to address any disputes they may have through existing legal and constitutional means,” according to a statement issued by Mr. Ban’s spokesperson. “He asks all stakeholders to refrain from inciting or taking part in any acts of violence. The successful conclusion of the electoral process will mark an important step forward in the consolidation of democracy and rule of law in the Gabonese Republic.”

According to media reports, the election was closely contested between the candidates – incumbent President Ali Bongo, seeking a second seven-year term, and opposition candidate Jean Ping, a former chairman of the African Union Commission – with the outcome still pending.

In the statement, Mr. Ban’s spokesperson said the UN chief hopes the same spirit of peace and transparency will prevail before and following the official announcement of the provisional results, which should reflect the will of the people. 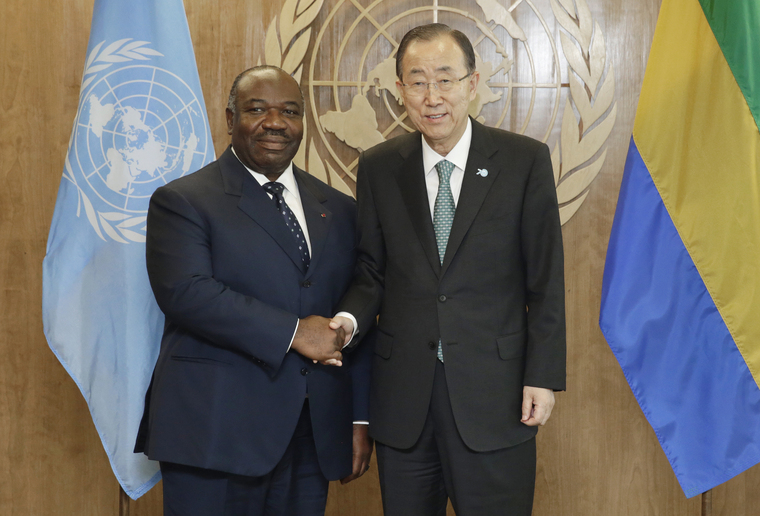 “He stresses the importance for all political stakeholders to abide by the electoral law and refrain from making remarks on the outcome of the election before it is known,” the statement added. It also noted that the Secretary-General has asked his Special Representative for Central Africa and Head of the United Nations Regional Office for Central Africa, Abdoulaye Bathily, to continue his engagement with all relevant stakeholders to defuse tensions.